IF FROGS HAD WINGS…

I and my friends were lost amidst towering trees in the Thattekadu Sanctuary, tuning into the chirps and caws of 322 bird species around us. Their names were fascinating – the astounding 5-gram Flowerpecker, the Malabar Trogon, the Malabar Whistling Thrush, the Laughing Thrush, the Ground Thrush, the Indian Pitta, the Cicada, the Orange Minivet and the Ceylon Frogmouth, among others. The last one was what intrigued me first. A frog’s mouth on a bird? How did the creator pull off that trick? I couldn’t wait to meet this mysterious avian. 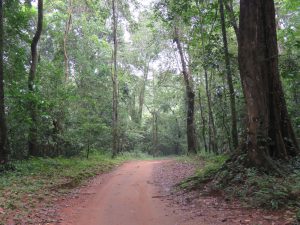 Towering trees inside the sanctuary 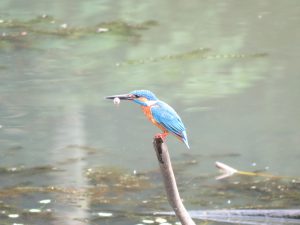 Our first stop on the journey was an azure lake with a small Blue Kingfisher doing his daily diving practice. He was being watched by an Indian Tortoise bathed in sunlight. This scene was enacted to the background music of gushing water from the lake’s causeway. 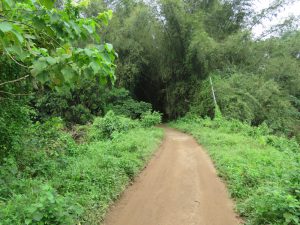 A slight drizzle peppered my face. I prayed that it shouldn’t become a downpour. We walked down a narrow path, the Cicada’s voice encouraging us to march briskly. Our first sighting was the orange male Minivet and the yellow female Minivet which were lost in a game of hide-and-seek-flutter-and-chirp around a huge tree. 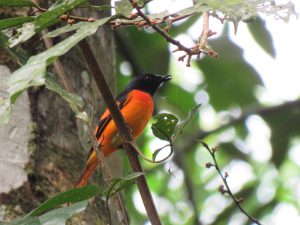 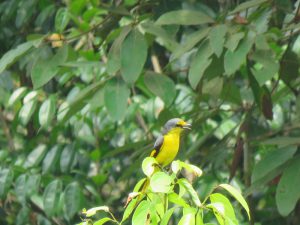 We left them to their own world and studied the stream before us. We removed our hiking shoes, rolled up our jeans and stepped into the crystal-clear, knee deep water that swished around us in a refreshing massage. On the other side of the stream was a rocky slope that was surprisingly easy to climb. A bird-watching paradise sprawled before our eyes. 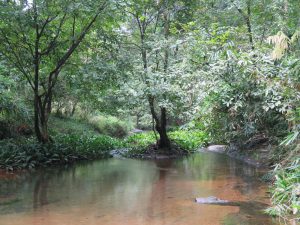 Crystal clear stream inside the sanctuary

We headed into the thickest jungle in search of the fascinating Frogmouth, unperturbed by the leeches and ants on our trail. The silence was pierced only by the crunch of dry leaves under our feet. Our guide lifted three fingers – it meant that we had to move our eyes to the 3’ o clock direction, but we couldn’t spot anything except the dry branches. 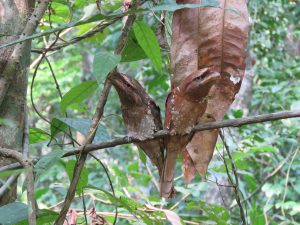 For the next five minutes, we just stared at the trees, refusing to give up. Then, I thought I saw a bunch of dry leaves metamorphosing into a male and female Frogmouth. They seemed to have had their first fight of the day, for they were stubbornly facing away from each other. They had the eyes of an owl set in an almost human face. Their mouths were curved in a thin line that reminded me of the ‘birds’ I used to draw as a child. The birds looked like conservative old men in a cartoon. Forced to suppress our laughter, we quietly inched towards them. They weren’t aware that a photo shoot was going on. After getting an eyeful of the frogmouths, we continued our expedition, our mouths curving into childlike smiles. 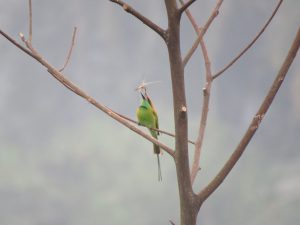