IN SEARCH OF BILLS BY THE LAKESIDE

The world was yet to rise. Even the sun was too lazy to greet me. Then he slowly skimmed the sky and the calm surface of the lake with his rays. The lake winked back, as I drunk in the beautiful sight. I had journeyed to the outskirts of the city for a bird watching session with the students of a Montessori school. I was armed with my Canon SX 60HS point & shoot camera and Nikon 8 x 40 binoculars, safe in my Woodland jacket. 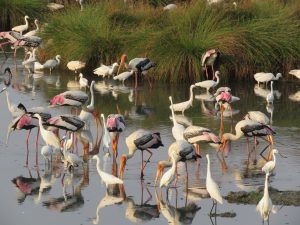 I pulled out my gear when I saw a giant V coming from the Northeastern direction. The V curved and circled elliptically and split into a bunch of winged paratroopers who landed one by one in the shallow waters. I guess these waders hadn’t yet realized that the winter was almost over and they needed to fly back home. 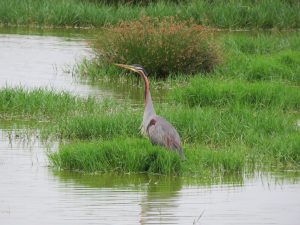 By now, several winged beauties had settled by the lake. A few of them wore orange scarves and pink stockings. They were doing yoga, standing on one leg. For a second, I was taken aback. Then I realized that they were painted storks, with beaks that jutted out like Palmyra sprout curved at the edge. One stork trained its fiery eyes on me, leaving me mesmerized. Then it turned its attention to the water, stirring it with its beak and confusing the fishes into surrender. It stopped every now and then to prune its feathers with its beak. But its stubborn one-legged stance and beauty routine reduced its chances of grabbing the biggest fishes. 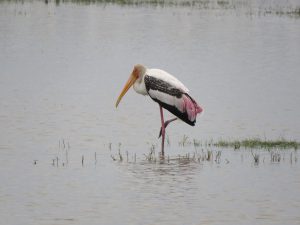 I turned my attention to the Boeings… err, the pelicans that smoothly dived down to the waters, only to take off the next minute. I was distracted by the common sandpipers and yellow bitterns, which were feasting on shrimps and aquatic delicacies. The cormorant fought for my attention, by posing with the elegance of a supermodel, but the one that finally grabbed my attention was the Pied Avocet, which had flown all the way from Europe. 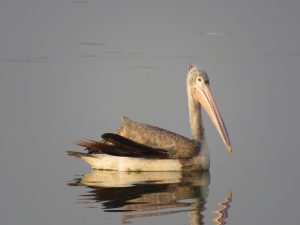 Then, I turned to the bills. It was such a joy to see them! The Spoonbill was my favorite. That day, I missed the commonly spotted Pied Kingfisher and the Marsh Harrier, which only made a rare appearance anyway. 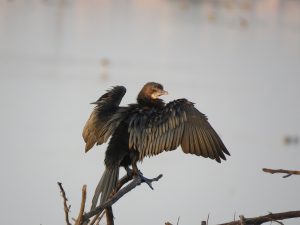 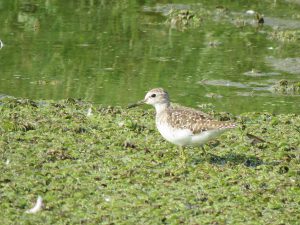 Do you need any more reason to do some bird watching this season? Join me next time!